Defensive Cinema is a series devoted to films seemingly dismissed by the greater population. And me getting all defensive like and telling you why my opinions hold more water than yours. 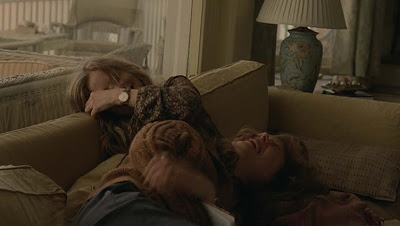 "Margot tried to murder me when we were girls. She put me on a baking sheet, sprinkled me with paprika and put me in the oven."
-Pauline

Margot at the Wedding is a film about what it means to be a family. That includes selling them out for your novel, contemplating their abandonment on a bus, and trying to sabotage their happiest day.
Noah Baumbach's sour little saga is the antithesis of what we usually consider a "family film." Unlike Dan in Real Life, another 2007 film about ties that bind, Margot (Nicole Kidman) and her bloodline don't engage in talent shows and morale-boosting morning workouts. The sisters in Margot at the Wedding get their heartiest laughs from a relative's rape by a horse trainer. It's one of the film's meager moments of warmth and it's cold as ice. But there's more truth, humor and psychological horror in these fractured bonds than anything inside that formulaic fluff labeled "Real Life." Margot's ties may be toxic but their roots are grounded in reality. Sometimes family is there to pick you up, and sometimes they're there to really put you down.

Truthfully Margot's greatest talent, outside of being a "fiction" writer, is the art of the insult: seldom-subtle attempts to bring about her own misery and shortcomings in everyone around her. If only they gave the Booker Prize for that... 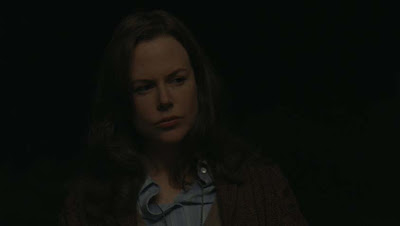 Margot on a good day:

"If you keep telling him he's like everyone else he's going to wonder why he isn't."

Bitterness nibbles away and consumes Margot's daily life, and by effect, those of her loved ones - in particular her confused and attached son, Claude (Zane Pais), and free-spirited but floundering sister, Pauline (Jennifer Jason Leigh). When she hears of Pauline's impending vows to Malcolm (Jack Black), an unemployed oaf she's known but a year, Margot's abhorrent agenda is set in motion. Her plan to attend her sister's wedding becomes a cover for her to promote her latest book, start up anew with an old flame, and attempt to detach from her son. All that and she doesn't even bring a gift... 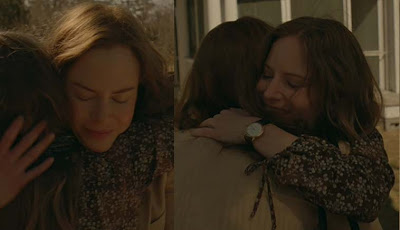 This is a character piece first and foremost - a bruising, scathing, warts and all look at people you'd rather not be related to in real (too real) life. Writer/director Noah Baumbach has pulled prickly truths out of family dysfunction in the past with his heralded The Squid and the Whale, but Margot's story has its own brand of caustic wit. Like Squid it's funny while it scalds. But Margot is a more daring venture for Baumbach because it hardly feigns an interest in audience sympathy, and its muted visuals, while appropriate, are hardly a feast for the eyes. The script is wonderfully woven out of minor moments and somehow it still manages to cut away all the excess; plenty of nuance but it always goes unpronounced. You'd almost have to see the film twice to fully appreciate Baumbach's inventive and organic approach - the way scenes end abruptly, beginnings and endings blur, and those minuscule tidbits carry the bulk of dramatic and comic weight.

Beyond that it's a stage for really superb actors to dig into some fascinating, flawed characters. Jennifer Jason Leigh is such an underused actress, and it could be due to being so close to her husband's script during its development that she gives this part its refreshingly lived-in quality. It's natural and effortless, and one of Leigh's best performances in years.

Of course the highlight, not surprisingly, is Nicole Kidman. It's a showcase of her ability to fully commit to a part - even if her character needs to be committed. Every beat of judgment and venom is masterfully undercut with an unknowing frailty. Likewise, Kidman's "showcase" scene is a subtle knockout. A humdrum Q&A session at her reading turns into her brutal public shaming when she's confronted by the assertion that her treacherous lead character is merely Margot in disguise. She becomes embarrassed, exposed, and then ducks for cover. As delivered by Kidman it's simultaneously funny, odd and wincingly painful; basically Margot at the Wedding in a monologue. 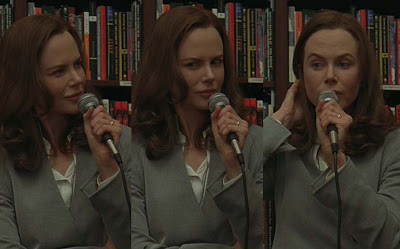 "Why do you assume that -- I mean we all take from life... I had to have our refrigerator repaired the other day, at our apartment in Manhattan, and uhh... I was alone with this guy - I think he was Puerto Rican. He was, um, sent over by Whirlpool, who I think it is makes our fridge... Umm... Although he did say he worked for an independent organization that Whirlpool subcontracts... I think he was retarded. There was an anger in him, and uh... suddenly... suddenly I became afraid for my life. I called, um... Jim, at NYU, and I asked him to come home -- I think it was Frigidaire that made our fridge... I'm going to need to take a moment here." 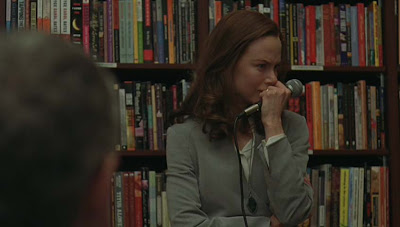 Seeing as Margot at the Wedding is a film about family, it's appropriate then that at the film's center is the family tree - which Margot attempts climbing and gets stuck, which has roots that are rotting the property, and which threatens to topple over during Pauline's special day. But I guess that's what you get when all your family has to sow are seeds of resentment. 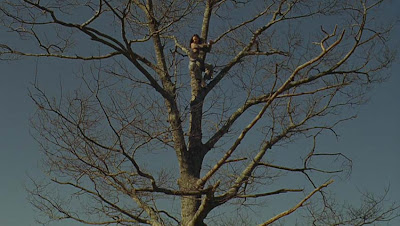 You can watch this movie at iReel.com.
Posted by Adam at 4:07 AM

This is a great article. I never fully understood the negative feelings toward Margot at the Wedding. You put into words so much of how I was trying to explain/defend this film. Thank you.

Great piece and a deserving movie for this treatment.

You're both so kind. You must have had better families than Margot.

Great write-up! One of my favorite family movies (er...maybe I should say movies about family) in a long time.

I love this movie, specially Kidman's performance that bookstore scene is amazing! how she changes her facial expressions in seconds is just... that woman is a godess of acting.

What a great (and spot on) review of "Margot". I, along with others, don't understand why it was completely ignored.

It gets the same reaction as "The Family Stone" I suppose. Another "family film" that's not all sunshine and roses. Some seem to think the characters in that film are awful too and dismiss its merits I figure both are movies people either love or hate. And I love them.

You have a dangling modifier at the beginning your last paragraph (I sound like Margot, I know), but you hit the jackpot when you say this is more daring than "The Squid and the Whale." Yes. WAY more daring. Half-the-audience-walked-out-when-I-saw-it daring. If nothing else, consider the sequences involving the crazy neighbor kid who attacks Margot's son. What the hell was going on there? And how ballsy is it that Baumbach leaves it to the audience to figure it out?

All I have to say is thank you. This is one of the few movies that depict what dysfunctional actually means. There were no stereotypical characters in this one. Loved Kidman and Leigh in this, they were both brilliant!

Thanks so much for this! I'm a huge fan of Margot... and I think it is a sincerely underrated film. I can't understand all of the hatred directed towards it.

Have you seen Mr. Jealousy by Baumbach? It is truly great. It deserves some serious reappraisal...frankly Noah Baumbach's entire career does.

I think in a few years he's going to get his due and be recognized for the brilliant filmmaker that he is.

Are you sure, Adam, that Jeffrey isn´t joking when he says he don´t understand the sequence with the attacking neighbor boy? I really loved the movie, it gave me a lot of deja vue´s from isolated regions in Sweden but I´m sure it´s the same all over the planet.
First movie where I really appreciated mr Black. Jennifer and Jack reminded me of Jennifer and Chris Penn in Short Cuts.

Are you implying Jeffrey was bitten by a Vogler?

And Ira, I too am a Baumbach fan in general. I think "Kicking and Screaming" is a great underrated comedy as well. Anyone who doesn't get Eric Stoltz hasn't watched enough Baumbach.